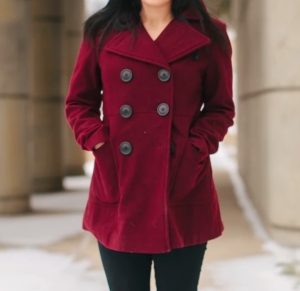 There was a woman assembling/directing people to fight against the fallen angels who were about to be cast down from heaven. Myself and many others were running towards her and where a portal or gateway opening in the sky. I was wearing a red woolen trench coat. It was beautiful and made me feel invincible. I think it meant I was covered in the blood of Jesus. I stopped to drink some communion wine. I knew in my dream it would give me strength. 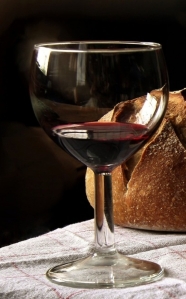 The woman pointed at me and another woman and said “you two, catholic girls come and stand in the front lines”. (I’m not a catholic but in my dream I knew it was me. I looked up the word catholic and it means universal or all-embracing or simply christian. It makes sense because I am christian with no denomination.) I stood with the other woman, who also had on a red trench coat, ready to fight. I wasn’t afraid. Then I saw a huge fallen angel was coming through the portal but it was a hologram. I was confused and looked at the the woman directing us. She said it was for practicing on and real ones were coming soon. End of dream. (The dream ended abruptly as someone woke me up!)

I had another dream the following morning where I thought I was awake and I found the red coat in my closet and I thought “wow, it’s real! I thought it was just a dream.” But that was also a dream lol, but it’s real in the spiritual. I hope that makes sense! I think the dream was for training me, preparing me for the future.

Scriptures I found that relate:

Part of the proverbs 31 prophecy! :
“She is not afraid of snow for her household, For all her household is clothed with scarlet.” Prov 31:21

Nahum 2:3
The shields of his mighty men are
made red,
The valiant men are in scarlet.
The chariots come with flaming torches
In the day of his preparation,
And the spears are brandished.”

He was clothed with a robe dipped in blood, and His name is called The Word of God.

After this dream zab had a dream where she was wearing red clothing along with others going into a castle! She said the red clothing signified Jesus blood/royalty/annointing/authority! Start watching at 39mins for her dream. Link: